The Battle of Groton Heights

On September 6, 1781, the British landed 800 men on the Groton side of the Thames River, about 1 ½ miles south of Fort Griswold, as well as an additional 800 soldiers on the New London side. The combined forces were commanded by General Benedict Arnold, who was from Norwich, Connecticut. British troops in Groton were slowed by tangled woods and swamps, and the British artillery could not keep pace with the foot troops, who came within striking distance of Fort Griswold at 10:00 a.m.

The Fort had been garrisoned with about 165 militia and local volunteers, under command of Colonel William Ledyard. Expecting reinforcements momentarily, Colonel Ledyard elected to defend the post against the superior forces. The British commander, Colonel Eyre, sent forward a flag demanding surrender, but Colonel Ledyard refused. The demand was made again, and Colonel Eyre threatened that if he were forced to storm the fort, “no quarter” would be given to its defenders. Colonel Ledyard responded “we will not give up the fort, let the consequences be what they may.”

The British forces immediately spread their ranks and advanced on the fort. As they neared the surrounding ditch, they were met with an artillery barrage, which killed and wounded many, but the seasoned troops continued their charge. Some tried to gain the southwest bastion, but were repulsed and Colonel Eyre badly wounded. Under heavy musket fire, one group dislodged some pickets and, in hand-to-hand combat, captured a cannon, turning it against the garrison. Another party, led by Major Montgomery, charged with fixed bayonets. They were met with long spears and Major Montgomery killed. A few of the British Regulars managed to reach the gate and opened it; the enemy marched in. Seeing this, Colonel Ledyard ordered his men to stop fighting, but some action continued on both sides.

American and British accounts of the subsequent events are at odds. The American version holds that after Colonel Ledyard gave up his sword in surrender, he was immediately killed and the American wounded were massacred. Before the surrender, it is claimed only a hand full of Americans had been killed, but when the battle and surrender were over, 85 Americans were dead and five more were dying, and 36 were severely wounded. The British version of the battle makes no mention of the massacre or the manner of Colonel Ledyard’s death. The entire battle lasted only 40 minutes.

Major Montgomery was buried near the ravelin in front of the main gate; his family eventually retrieved his skull for burial in England. The other British dead were placed in unmarked graves, and their wounded were carried down the steep hill to the river. American wounded were placed on a heavy ammunition cart, which broke away as it was being moved down the hill and crashed into a tree, causing terrible suffering to the men inside. The bleeding, wounded men were carried to nearby Ensign Ebenezer Avery’s house. Prisoners who were able to walk were placed aboard British ships as prisoners of war. As evening approached, British troops plundered and burned many homes on Groton Bank.

Gen. Arnold reported his losses for the attack at 51 dead and 162 wounded. Many of the wounded men died aboard ships on their way back to New York. 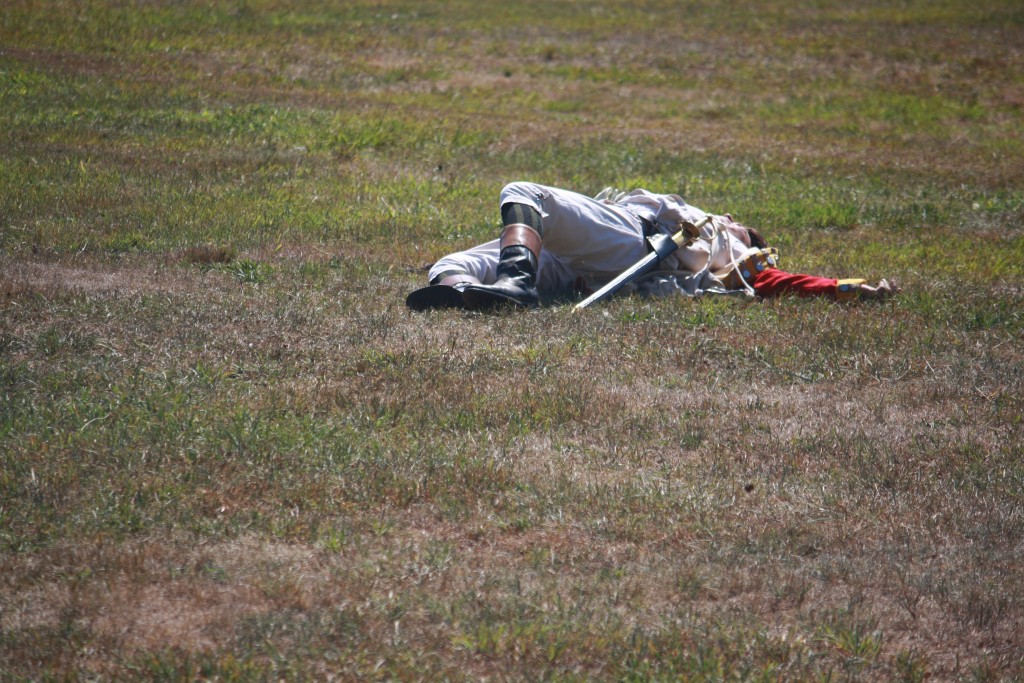